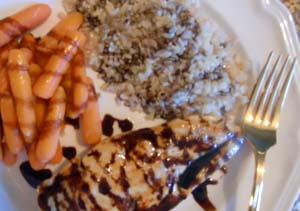 This balsamic glaze flavors and dresses up just about any every day dish, from meat to vegetables to potatoes and rice dishes. You can make a double batch and keep it on your kitchen counter for future uses. I do not like the idea of using sugar on a dinner dish, but when I have guests that are not on a restricted diet I make an exception by making a balsamic reduction. Perhaps you will give this balsamic drizzle a try, too. Enjoy! My guests do! END_OF_DOCUMENT_TOKEN_TO_BE_REPLACED 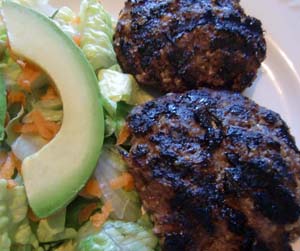 Looking for a great beef burgers recipe? I have been eating dull hamburgers with or without cheese all of my life, 51 years, and thought it was time for a change! Okay, so I haven’t been eating them for a full 51 years, but that’s close enough. I’m not Celiac, therefore, cooking with gluten for my husband is not a problem. I was making him a gluten pizza tonight as an extra birthday present and did not want to really cook a big meal for myself. I knew I wanted to add some steak sauce or something. I decided to make a mini meatloaf with more of a steak sauce taste. I wanted something filing since I wasn’t going to be having bread or hamburger bun. I decided instead of adding gluten free oats, as some meatloaf recipes contain, but to hide the oatmeal by grinding into a flour first. I added just about anything I really liked with beef. Voila! – the best beef burgers recipe I have ever eaten! I ended up topping it off with a guacamole sauce. Yum! See both recipes below. END_OF_DOCUMENT_TOKEN_TO_BE_REPLACED 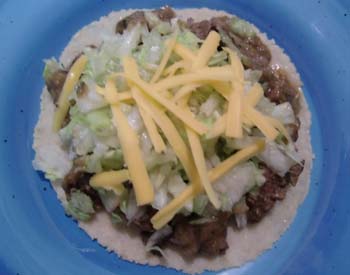 I was just shocked to find that the gluten free tortilla mix I had purchased online was overloaded with sodium. I decided to create my own gluten free tortilla recipe. Making fajita sized tortilla from the mix had 640 mg of sodium. Are they trying to kill us? The low carb tortillas I used to purchase had over 300 mg and I found that too high. Using sea salt makes it healthier, but for myself, sea salt still causes me to retain water. The mix I had purchased also contained lard. I know that many people advocate cooking with natural animal fat, but I prefer to watch my fat intake as well as calories. I was determined to create a recipe similar to the mixture I had purchased and do so successfully today! Many people online seem to have a problem finding a decent recipe, therefore, I am pretty darn proud of myself, as this was my first attempt and it was an experimental recipe.

I NO LONGER USE THIS RECIPE. TRY ONE OF MY NEWER RECIPES IN THE GLUTEN FREE TORTILLA RECIPES CATEGORY.

END_OF_DOCUMENT_TOKEN_TO_BE_REPLACED 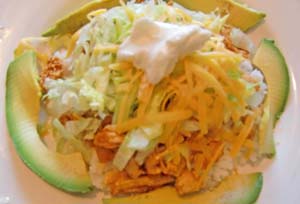 A while back I had made some chicken, tostada style. My husband eats gluten and he had some tortillas, but I was out my homemade gluten free tortillas. I happened to have some left over rice in the frig and voila! – an easy gluten free dinner recipe. I wasn’t happy with the photo and never posted it, but thought it is best to share and you can make your dish look more attractive. I like to make this recipe nice and saucy, adding much more chicken broth than a regular tostada. You make your own broth when cooking the chicken, therefore, you save money, too! END_OF_DOCUMENT_TOKEN_TO_BE_REPLACED 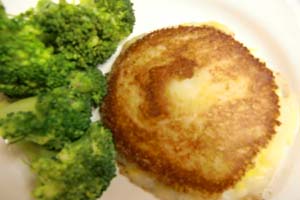 I have been planning to make gluten free potato pancakes for some time, now, and finally got around to making them. Gee, it’s been a decade or more since I have had them. Ahhh! – what a delight! I make them with fresh left-over potato pancakes, not instant potatoes. This recipe is gluten free and without any type of flour. I show the how-to by text and photo display.  This recipe covers making homemade mashed potatoes and potato pancakes, plain, and with a variety of fillings. Either way they are scrumptious! END_OF_DOCUMENT_TOKEN_TO_BE_REPLACED 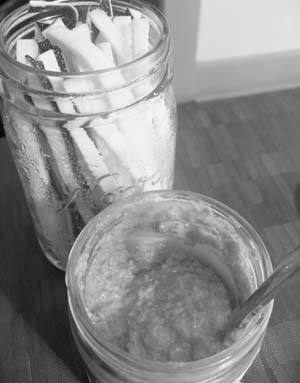 Here is another wonderful recipe from Ani Phyo, raw and vegan cookbook author, Raw Bean Free Gluten Free Hummus! Ani was on my radio show last month and has been sharing her recipes with us from her cookbook, Ani’s Raw Food Essentials. This Red Pepper Hummus recipes seems very easy to make. I can’t wait to get the ingredients to make it myself. Sounds delicious alone, but wait until tomorrow’s post and coupled together with the raw vegan Mediterranean Wrap with Red Peppers and you have a very scrumptious meal! END_OF_DOCUMENT_TOKEN_TO_BE_REPLACED 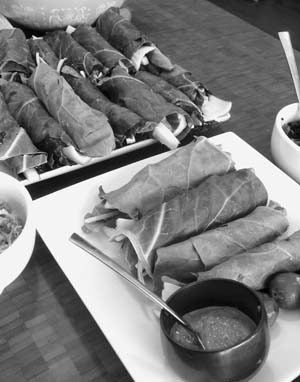 Ani Phyo has been kind enough to share with us another one of her delicious vegan raw recipes, Mediterranean Wrap with Red Pepper from her cookbook, Ani’s Raw Food Essentials. Mmmmm! I love red pepper recipes and I love wraps. I really miss a good wrap. Now I have a healthy gluten free vegan raw way of making them! Check it out below!  END_OF_DOCUMENT_TOKEN_TO_BE_REPLACED 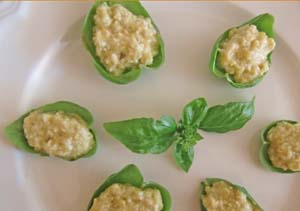 With only three ingredients, this gluten free appetizer recipe is so easy to make, yet your guests will think you slaved in the kitchen all day. Like most green leafy vegetables, fresh basil is loaded with Vitamin K. The small and medium sized leaves make for a nice tender appetizer. Just remember to not pick the leaves of the plants that are mid flowering, as the leaves will be bitter. The plants that are flowering should be topped off. The flower makes a nice centerpiece on the serving dish. END_OF_DOCUMENT_TOKEN_TO_BE_REPLACED 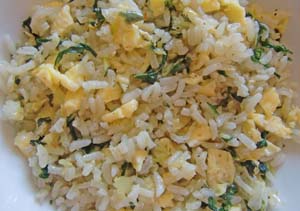 It was time to harvest some of my fresh basil. I already had made basil appetizers, but I needed more uses for basil. I had about a cup of left-over rice and thought, “A rice pilaf recipe!” I have made quite a few rice pilaf recipes which some I liked and others I really didn’t. This one tasted amazing! It is also very easy and fast to make. The one thing I did different this time is to not use a chicken or beef broth, which makes this a vegan rice pilaf recipe. Instead, I added additional extra virgin olive oil. You can make a meal of it by adding egg for protein, if you are not on a vegan diet. You will see photos of both versions below. This is a must try! END_OF_DOCUMENT_TOKEN_TO_BE_REPLACED 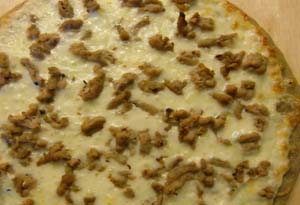 You will find this recipe for homemade sweet Italian sausage can be used on a homemade pizza crust or a store bought crust. Along with other toppings it makes the fixings for a great sausage pizza. I have added photos of the pizza that I made: gluten free sausage pizza without sauce.  I usually add sauteed onion and green bell pepper, but I was short on time. I still enjoyed it and think you will, too! END_OF_DOCUMENT_TOKEN_TO_BE_REPLACED