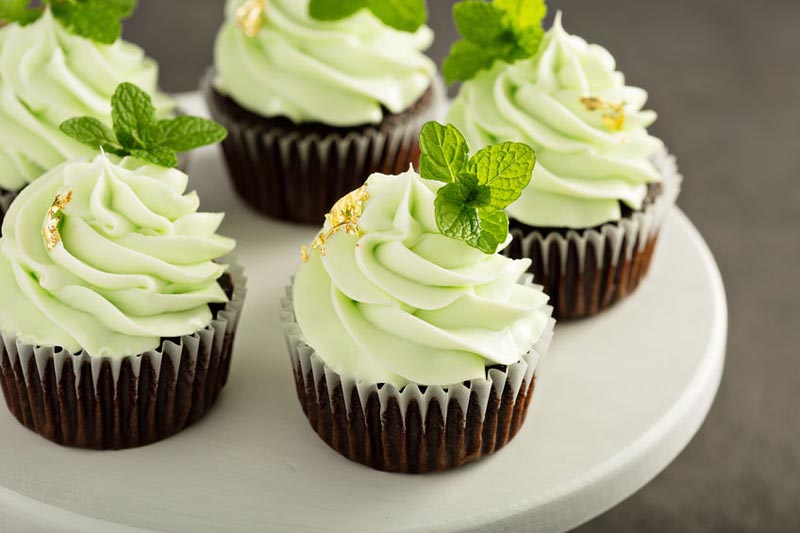 Basically, there are four well-known types of buttercream. You will learn about those in detail as well as two others that are less known. Buttercream serves more purposes than just flavor, sweetness, and moisture. Discover everything there is to know about buttercream in this lesson.

In America, basic buttercream is the easiest and most popular of all buttercreams. You can whip it up in a matter of minutes and no cooking is required. You can frost a cake using four simple ingredients: butter, confectioners’ sugar, milk or cream, and the extract of choice (vanilla, almond, etc.), you can frost a cake. The best part about it is that the frosting is sturdy/stable, meaning it will not easily collapse and can be piped. When it’s not sturdy enough for you, a little cream of tartar will aid in developing a sturdier texture.

To make this buttercream, simply whip the butter until it is fluffy. Sift in the confectioners’ sugar and whip again. Blend in a tiny bit of milk or cream along with the extract and you’re good to go!

Italian meringue buttercream is wonderful. It may seem complex when you first look at the instructions, but it is actually very easy to make. You cook sugar and water on the stovetop to make a syrup. You whip the egg whites,  drizzle the slightly cooled syrup into the whipped whites, and slowly add the butter and the extract of choice. The sugar syrup creates additional structure for the meringue, making this a perfect piping buttercream. If you flavor this meringue with an acidic ingredient such as lemon juice, the buttercream becomes even sturdier.

French buttercream calls for egg yolks instead of egg whites. Egg yolks provide richness you may not be used to in buttercream, but believe me, it is heaven! The same instructions above in the Italian buttercream recipe apply, but you’ll be beating egg yolks (instead of egg whites) until they are pale in color. French buttercream makes a rich cake or cupcake filling. It is soft compared to other buttercreams, therefore, not a good choice for piping designs. However, if you whip in some melted and slightly cooled chocolate, it will definitely stiffen and create a lovely chocolate buttercream. This way, you’ll be able to pipe it easily once the chocolate sets.

Swiss meringue buttercream is not as sweet as American buttercream but it is certainly smoother. To make, simply cook egg whites and sugar over a bain marie or double boiler. Beat the mixture using your electric mixer until fluffy. Add small pieces of butter, one at a time, and whip until smooth. Add the flavoring of your choice.

If you weigh your ingredients, use this easy-to-remember ratio: 1 part egg whites, 2 parts sugar, 3 parts butter. Remember this is by weight not by volume.

Butter: You may wish to add less butter than a recipe calls for. Whenever the buttercream reaches your desired taste and texture, stop. The more butter you add, the softer the buttercream. However, if you do not add enough butter, the buttercream will contain too many air holes when you pipe it out, and it will never become smooth.

Not as well known, German buttercream is really just pastry cream made with whole eggs or only the yolks with added butter. Using whole eggs produces a thicker pastry cream as you may remember in the Pastry Cream Lesson. Once you chill the pastry cream, you whip in soft butter until it is light. You must beat this buttercream for a long period of time, to not only whip in the air but to create a smooth buttercream. Beat it for 10 minutes or more if that’s what it takes. If the pastry cream is too cold, it may not turn out smooth. The butter pieces actually begin to separate. It’s a tricky buttercream to make smoothly. However, if you’re going for a fluffy whipped texture, then it’s okay if it’s not smooth.

When using as a frosting, most bakers add confectioners’ sugar to create a fluffy texture that is more stable. This allows you to pipe this buttercream. Others add unflavored gelatin to the pastry cream to make it slightly more stable. You don’t have to do either if you don’t mind a soft texture. When using as a filling for cream puffs, cakes, cupcakes, and even donuts, you can omit the adding in of any extras. This buttercream is naturally soft unless refrigerated. Of course, the more butter you add, the harder it becomes when chilled.

With its multiple names, this old-fashioned buttercream calls for flour and milk. Flour buttercream is the original icing for red velvet cake. You cook milk, granulated sugar, and flour with a pinch of salt in a saucepan. Strain the mixture and allow it to cool. Once cool, you whip pieces of softened butter into the mixture until it creates a smooth texture.

Granulated sugar is difficult to dissolve in this recipe. Therefore, you are better off using superfine sugar, also known as quick dissolving or baker’s sugar. Manufacturers name them differently. I would not try this recipe using organic sugar. Organic sugar crystals are too large and hard and will not break down with the small amount of liquid in butter. You need to add the sugar to the milk and flour mixture until it breaks down. You’ll find that in this recipe I have you adding the vanilla extract early-on in the recipe. I have you do this in order to break down the granulated sugar. This is why it is so important to use superfine sugar if you have it. Usually, you wait and add alcohol-based extracts towards the end of mixing to prevent evaporation.

This frosting is soft and silky but hardens up so firmly when refrigerated that you cannot pipe it until you bring it to room temperature, which takes about 30 minutes.

When using standard all-purpose flour, the gluten combined with milk creates a stable frosting. Therefore, you cannot use something as simple as cornstarch to make flour buttercream. Instead, you use an all-purpose gluten free flour that contains gum. If you’re gum intolerant, you’ll have to experiment on your own substituting with psyllium husk powder (usually 3 x xanthan gum) and additional liquid, if required.

While this recipe is not popular or well-known, it is perfect for those with allergies to eggs who do not wish to use American buttercream. Plus, it’s super sturdy.

See the below video to learn the texture you’re looking for when combining the milk and flour:

Cream of Tartar and Citrus

Adding an extract such as vanilla, almond, or banana (by Olive Nation), to name a few, all add flavor and mask the butter flavor. Emulsions made by LorAnn Oils are another option as they are quite flavorful.

You can also whip in melted chocolate (white, milk, or dark), which, as discussed above, will also stiffen the buttercream, making it is easier to pipe.

Even stir in peanut butter, any jelly flavor, or a fresh fruit puree in the amount to your liking. The acidity from berries helps stiffen buttercream as well.

For buttercream recipes requiring heating a liquid on the stove, you can add instant coffee, if tolerable. See the article on Is Espresso and Instant Coffee Gluten Free?.

You may also freeze buttercream. Just defrost long enough for the balloon attachment of your mixer to fluff it up again. If the butter begins to melt and separate from the other ingredients, just continue to beat until smooth.

Tips for dividing eggs and egg whites for half recipes:

So, when a recipe calls for 3 egg whites and you’re making half a recipe, you’ll need 1-1/2 egg whites. Just measure out 1 tablespoon egg white. Because the egg white tends to clump together, adding a little salt will break it down. Just whisk in a little salt.

When a recipe calls for 1 egg yolk and you plan on making half a recipe, measure out about 1/2 tablespoon or 1-1/2 teaspoons egg yolk.

If your frosting is too runny, allow it rest 20 minutes or so over an ice bath (ice and water), or refrigerate it and whip it again until it becomes stiffer. When the frosting is complete, you may refrigerate it if you need a thicker consistency. However, watch it closely before it sets too much.

If the frosting appears to be curdled (you see pieces of butter separate from some liquid), the buttercream is too cold. You butter may have been too cold or you allowed the syrup to cool too much. In this case, just allow the mixing bowl to rest in hot water in the sink or over a pot of simmering water (if your bowl is heatproof) for 4 – 5 minutes. You’ll notice the sides of the frosting melt. That’s good. Then, beat on high speed until smooth. If you need to add more butter because you never finished adding it all in the bowl, do so and repeat the above if it looks curdled again. If you melt the buttercream too much, just refrigerate it until it comes to about 73 degrees F.

Make one of the below buttercream recipes and flavor and color as desired. Making two is ideal. This way, you can notice the differences. Eventually, you should try them all, even if you make half a recipe. It’s difficult to make super small amounts as the mixer will not beat tiny amounts properly.

American Buttercream Using all butter, half shortening, or all shortening if dairy-free

Remember, you can always access previous lessons on the Syllabus page.