A crisp, flaky pastry is something many people miss on a gluten free diet. I decided to create a recipe for gluten free horns because I have been wanting to test out my cream horn molds. I decided to use my gluten free quick phyllo dough recipe instead of my gluten-free cannoli shells since the cannoli shells are deep-fried and the phyllo dough may be baked. They came out crisp, golden brown, flavorful and outright delicious! END_OF_DOCUMENT_TOKEN_TO_BE_REPLACED 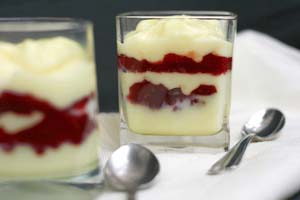 Custard is my favorite pastry filling, especially the gluten free recipe I use for my creme bruleé and to fill my gluten free cream puffs. However, this time, I needed a lighter custard for my cannoli that I was serving at our Gluten Free in Fresno Support Group meeting at Whole Foods. Unfortunately, real custard is just too heavy for a gluten free cannoli shell or a regular one for that matter. I thought I would lighten the custard up a bit with a bit of sweetened whipping cream, making an incredible delight! Everyone at the meeting really enjoyed the custard filling in the cream puffs a couple of months ago; therefore, I thought the cannolis with this gluten free bavarian cream would be a big hit, as well. They were! It’s light and creamy, yet has a custard flavor! Some went back for seconds and others had thirds! Enjoy! END_OF_DOCUMENT_TOKEN_TO_BE_REPLACED 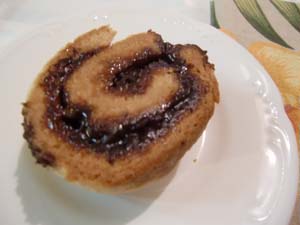 I had a request to create a recipe for gluten free cinnamon rolls ages ago and just now got around to creating it. I really wanted to skip this one, as I still haven’t started my new diet, but how could I resist, right?  Not a sweet thing in the house, so I had to make something! I made them small, basically a half batch of what I would have wanted to make, but I have to do this to test a new recipe out sometimes. The next batch I make will be double and I will try allowing the rolls to rise for about 30 minutes prior to baking. I’ll let you know how this works out by updating this post. They are a little darker in color, as I used homemade pecan milk, but you can use any milk you wish. They are sweet enough not to need a sugary topping, too! These gluten free cinnamon rolls were delicious, but heavier than I desire. I’m working on improving it…about 5 attempts now.

Update: I have created an incredible cinnamon roll recipe since I created the below recipe. Check it out Fluffy Gluten Free Cinnamon Rolls Recipe. It has a cake-like texture. END_OF_DOCUMENT_TOKEN_TO_BE_REPLACED 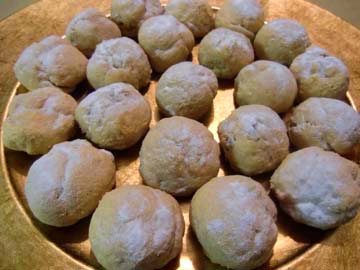 These gluten free sweet potato puffs turned out wonderful! They look like miniature cream puffs. They are more moist inside, though, and without the filling. These lovely little puffs can be served as biscuits or a dessert. If using as a biscuit serve plain or with butter. You can also coat them with powdered sugar to serve as a dessert. I have tried them both plain and with powdered sugar (actually agave powder) and love them both! My hubby wants to try them with butter, but hasn’t yet. He keeps eating them plain. They are not real sweet (but sweet enough) which lends to its versatility. In my last batch I added chopped walnuts. Yum! They tasted close to a zucchini or banana bread. Have fun with these. They are sure to make Thanksgiving special. I can picture them served at brunch, as well. They are also a great way to use up those left over sweet potatoes! END_OF_DOCUMENT_TOKEN_TO_BE_REPLACED 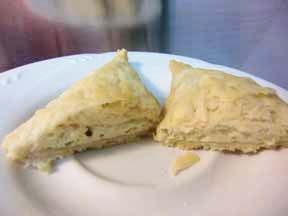 This gluten free phyllo dough recipe (or gluten free filo dough) is so easy to make compared to traditional recipes! Fortunately, for those of us on a gluten-free diet, we finally have an advantage in baking without gluten. Gluten is not our friend in attempting to create a flaky crust. Flakiness is what is needed in phyllo dough. This is my first attempt at creating a gluten free phyllo dough recipe. I began with my tart crust recipe and made it more flaky and crispy. Phyllo dough can be used with sweet or savory fillings, such as pastries, croissants, meats or cheese fillings and more. Yum, right? For a filling I used gluten-free custard which I use in my gluten-free cream puffs and for crème brûlée. What will you use for a filling? The crust turned out flakier than any crust I have ever made! I was so pleased. All those interviews with all of those gluten-free experts and chefs really really paid off. One of my Facebook fans stated that this pastry dough turns out an amazing pie crust. Enjoy and be creative! END_OF_DOCUMENT_TOKEN_TO_BE_REPLACED 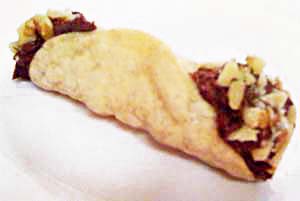 I just posted my Chocolate Potato Truffles Recipe and was pleasantly surprised to find the texture of the filling to be very similar to the traditional ricotta cannoli filling, but this filling contains walnuts. If you’re looking for different cannoli filings, this is a great alternative! Often one adds chopped pistachio nuts at the ends of the cannoli, therefore I used chopped walnuts on these. The walnuts in the filling make a good substitute for the chopped chocolate in the traditional cannoli filling, but you can also use chocolate if you wish. I have recently used gluten free chocolate mousse as a filling on Easter and everyone really enjoyed it. I’ve also used Orgran’s Chocolate Mousse and with added powdered sugar and cocoa. My husband loved it and I know the rest of my family went crazy over this one. I sent the photo below to my sister ahead of time to make her drool! It worked! END_OF_DOCUMENT_TOKEN_TO_BE_REPLACED 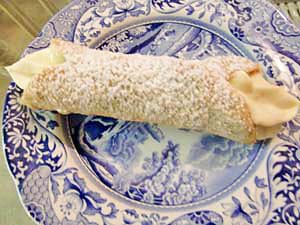 Cannoli is a Sicilian dessert consisting of a crispy tube shell filled with sweet ricotta cheese filling. My aunt would make several variations for special occasions. You can add dried fruit, glazed cherries, pistachio nuts, or chocolate chips to the filling or use as garnish. They make you feel as if you were in Italy. END_OF_DOCUMENT_TOKEN_TO_BE_REPLACED 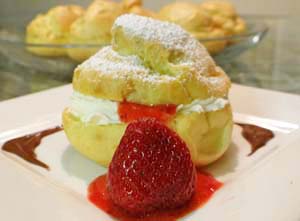 I am half Italian and love my cream puffs, especially filled with custard. I grew up eating them from the historic Italian bakery in San Francisco, Victoria Pastry. Now I can have gluten free cream puffs and so can you. They are so delicious! END_OF_DOCUMENT_TOKEN_TO_BE_REPLACED 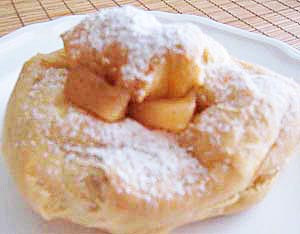 I like baking with red apples as it allows me to use less sugar in a recipe. I created a gluten free pastry recipe with red apples versus green. You can use any apples you desire and adjust the sugar content accordingly. I used my gluten free old cream puff shell recipe but made the shells more shallow. You can fill these pastries with anything you desire: homemade fruit fillings, custard, Comstock pie fillings, and more. Bon Appetité! END_OF_DOCUMENT_TOKEN_TO_BE_REPLACED