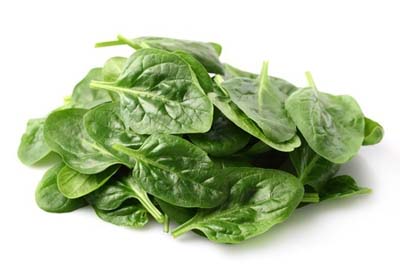 Q. How do I remove the excess water from freshly cooked spinach?

A. When I first started cooking spinach, my sister pointed out that mine was too wet. I squeezed out as much as I could, but it still was quite watery when you bit into it. She didn’t provide me with a method on how to cook fresh spinach, but I finally discovered the secret to removing the excess water. I also have discovered an extremely handy way of cooking it right on the stove top. I share my knowledge with you, just in case you weren’t aware of this method.

I will use reference and link to this article in the future when a recipe contains wilted spinach. I hope you find it useful.

3 Methods on How to Cook Fresh Spinach

To boil spinach, all you need to do is add very little water to a large pot  and bring it to a boil, add your spinach, cover and allow to wilt and tenderize. Drain it using a colander. When you boil spinach, even after you drain it, it contains an overwhelming amount of water. You can squeeze most of it out by smashing it with the back of a spoon after you have drained it, but it’s still pretty wet. After draining it, add it to a preheated skillet and allow the water to evaporate. It works like a charm! Don’t overcrowd your skillet, though. Work in batches, if needed.

Steam your spinach by cooking it in a colander over a pot of simmering water and cover. Steaming is preferred over boiling, as steaming retains much of the nutrients of the spinach. Drain the spinach and squeeze out some of the excess water using the back of a large spoon. However, even when steaming, the excess water contained in spinach along with the condensation of the steam, is excessive. Here, as well, you can use the same method as above by sauteing it in a skillet to remove the excess water.

If you haven’t already steamed or boiled your spinach, go to the source that resolves all problems. Fry your spinach. Do not add oil if you will be adding the spinach to another dish, unless the dish needs oil and flavor. You don’t even have to wet saute it (saute in water), as spinach contains enough moisture on its own. Just add the spinach to a preheated skillet and saute over medium heat until tender. If your skillet does not allow for the amount of spinach you need. Remove the sauteed spinach and make another batch. However, you can use more than one skillet, if you are in a hurry.

Note: If you use spray oil such as olive oil in a can, please be sure your brand is gluten free, especially if you are intolerant to gluten.