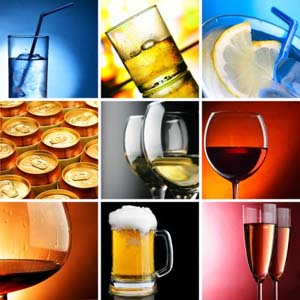 The TTB (Department of the Treasury Alcohol and Tobacco Tax and Trade Bureau)’s Ruling 2012-2, Interim Policy on Gluten Content Statements in the Labeling and Advertising of Wines, Distilled Spirits, and Malt Beverages was made on May 25, 2012. Their ruling offers guidance to alcohol beverage manufacturers who desire to place a gluten free label on their products or wish to advertise an item as gluten free.

Since the FDa’s ruling on gluten free labeling has not yet been finalized, but will be sometime this year, the TTB has provided guidance, not a law, on the use of the term “gluten free” on alcohol beverage labels and in advertisements.

The TTB believes that individuals will assume a product labeled gluten free is just that, safe for celiacs, gluten intolerance and gluten sensitivity. Because some manufacturers use gluten ingredients in their products, and then process or ferment them out, and since it was agreed upon by the FDA and the TTB that currently there is no scientific way to determine the amount of gluten left in these products, the term “gluten free” is only to be used for those alcoholic beverages made from non-gluten ingredients.

There are beer manufacturers that process the gluten out, though they use barley in their process. However, such products as wine, fermented from grapes, or a vodka distilled from potatoes, may be considered “gluten free” if the manufacturer used careful process to avoid cross-contamination, and did not use other ingredients in the process which contained gluten.

As was the case under the previous rules, it will be the responsibility of the importer or manufacturer of the product to ensure that the source of their ingredients or products are what they claim to be, in this case, gluten free.

If the TTB and the FDA are on the same page, then perhaps in the near future we won’t be seeing products like Rice Dream Beverage, which is processed with a barley enzyme, and discarded after use. They state that the final beverage may contain a minute residual amount (less than .002%) of barley (gluten) protein. UPDATE: Rice Dream is no longer made with barley and is certified gluten-free.