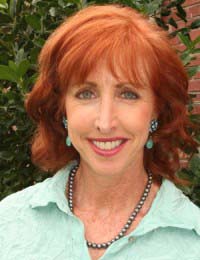 In most of my classes I discuss how inflammation is the underlying cause of most chronic and autoimmune disorders. But for many who suffer from diseases such as arthritis, colitis and fibromyalgia, the big question is “What triggers the inflammatory reaction in the body?” Simply, the food we eat.

Food allergies and intolerances have been implicated in a wide range of medical conditions, affecting every part of the body: from mildly uncomfortable indigestion, to embarrassing diarrhea, to severe illnesses such as celiac disease and affecting over 60% of the U.S. population. The inflammatory reaction occurs when an ingested food molecule acts as an antigen, a substance that causes the immune system to produce antibodies against it. When you ingest something your immune system does not like or perceives as undesirable, it attacks by means of inflammation. When inflammation occurs, chemicals from the body’s white blood cells are released into the blood or affected tissues in an attempt to rid the body of foreign substances. This release of toxic chemicals increases blood flow to the area and may result in irritation, redness and swelling (think arthritis). The common thread in all these conditions is an unusually permeable gut caused by inflammation in the small intestine as a response to the food we eat- mostly wheat, sugar and acid forming foods like polyunsaturated oils and beef. With a leaky gut, undigested food proteins, bacteria, viruses, and even yeast can escape into our blood system thru the inflamed cell walls of the small intestine. The body recognizes these proteins as foreign invaders and our immune system attempts to fight them off causing more inflammation which sets the stage for various chronic and autoimmune disorders including IBD, lupus, allergies, asthma, even eczema.

Ad
[showmyads]
What can we do to heal a leaky gut? Eat a varied seasonal diet based on whole foods such as vegetables, fruits, nuts, seeds, lean protein, and monounsaturated fats that contain omega 3 oils. Avoid common foods that cause an inflammatory response in the body, such as wheat and sugar, which are commonly used in many processed foods. Other allergenic foods include soy, milk, eggs, and peanuts. Stay tuned in for tomorrow’s GFCF* Oatmeal Rolls with Chia Seeds recipe for an anti-inflammatory bread recipe full of omega-3 oils.

One Reply to “What can we do to heal a leaky gut?”