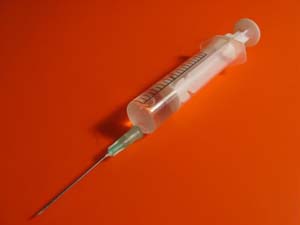 It was a pleasant surprise to see ABC News (Australia) report on the subject of celiac disease, specifically the research of a celiac vaccine. You may have already heard that trials are currently in progress for this vaccine. Thus far, 34 people have been tested with the celiac vaccine (also known as Nexvax2) and if all goes well, they expect the vaccine to be ready by 2017. The research of this celiac vaccine is partly funded by Nexpep, a biotechnology company. Their primary focus is on developing a treatment for celiac disease and tools to manage and diagnose the disease. The research was performed at The Walter and Eliza Hall Institute of Medical Research (WEHI) in Melbourne, Australia, under a research contract between Nexpep, WEHI, and the Royal Melbourne Hospital / Melbourne Health.  An additional partner to Nexpep is INOVA Diagnostics Inc., a leader in autoimmune diagnostics.

What is Celiac Disease?

Celiac disease is an autoimmune disease where antibodies attack a human intestinal tract in the presence of gluten (wheat, rye, barley; and often oats, for some).

In July 2007 it was announced that clinical trials would begin in 2008. In 2009 a research test monitoring immune responses to gluten was performed on 200 individuals diagnosed with celiac disease. This resulted in discovering what they believe to be the main reason why wheat, rye, and barley are toxic to people with celiac disease. Three peptides (a compound consisting of two or more amino acids linked in a chain) were identified as the cause of the reaction to gluten in those with celiac. This received international attention!

They are attempting to desensitize patients to these three peptides. They hope that the vaccine will alter the immune response to gluten – immunotherapy.  Immunotherapy has been used successfully in treating other autoimmune disease such as multipile sclerosis, allergies, cancer and more. Typically, immunotherapy involves either blocking an antibody or reducing a particular antibody. In this case, of the celiac vaccine, they will inject amounts of, what they believe is causing the problem, the three peptides into celiac patients in order to build up a tolerance to them.

ScienceDaily reported that Dr. Bob Anderson from the Walter and Eliza Hall Institute’s Immunology division stated that the vaccine should be able to successfully treat approximately 90% of those with the DQ2 genetic form of celiac disease.  Close to 95% of all celiacs have DQ2.

Phase I trials included evaluating the effects of weekly injections of Nexvax2® over three weeks in celiac patients who continued a strict gluten-free diet. Some of the patients who were given higher doses of the celiac vaccine experienced gastrointestinal symptoms similar to what they usually experienced after eating gluten products. This was good news, as it told them that they were using the correct peptides in the vaccine.

They are also hoping to use this in the diagnosis of celiac (blood and genetic testing alone), instead of the more invasive test such as biopsy.

Dr. Robertson reported that they expect to enter Phase II trials within the next 10 months.

What They don’t Tell You

They tout that the vaccine should be able to successfully treat approximately 90% of those with celiac DQ2. It is hard to believe that they are already coming up these numbers, with the trial being in its infancy (Phase I). However, it is not surprising to me. When clinical trials do not turn out well they are able to act as though that particular trial never existed. They continue to perform trial after trial until they achieve their desired results. In the U.S they only need a few trials to turn out well before handing everything over to the FDA for final approval. A hypothetical example of this would be if they performed a total of 10 trials, 7 of which showed serious side effects in more than 50% of those with celiac; and the other 3 trials showed less than 2% had experienced serious side effects. The research team could provide the FDA with the 3 positive trials and never have to release the other information. Makes you think, right?

I no longer trust research trials, especially when a trial is being funded by a company which has a stake in its success. A bit of a conflict of interest. Wouldn’t you say?

Is a celiac vaccine the solution? Since a number of people who do not have celiac disease also experience trouble with gluten, why not point your figure at gluten alone? It would be like having a vaccine for smokers to prevent lung cancer. Why not just quit smoking?