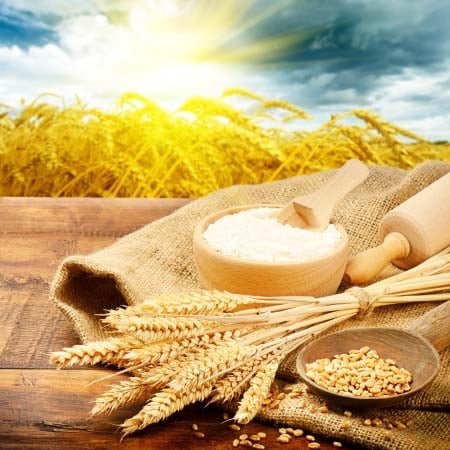 A Colorado company, MycoTechnology, known for their process of removing the bitterness from coffee, chocolate, and stevia, are on a new mission, a patented process of removing gluten from wheat. They are not the only ones with a similar vision. The Kansas Wheat Commission funds new research aimed at breeding a variety of wheat for people on a gluten free diet. MycoTechnology has discovered a way to remove gluten from wheat. They use the root structure of a special variety of mushroom that they trained to eat the gluten from wheat berries. The process removes 99.9998 percent of the gluten content, which was tested by a third-party testing facility.

What Can We Expect?

While it may sound too good to be true, it isn’t. However, consider that when gluten is removed from wheat, it isn’t much different than any other gluten free grain. Gluten is what provides elasticity to dough and an excellent texture to baked goods. Without it, they will need to add other ingredients to make a gluten free flour blend. Ingredients such as tapioca flour/starch, potato starch, and cornstarch. Gums will be added to the mixture such as xanthan or guar. Without gluten, gum is needed to hold all of the ingredients together and create a stretchy dough.

How Long Does The Gluten Removing Process Take?

How Many Parts Per Million Gluten Will The Wheat Contain?

This does not violate the FDA’s gluten free labeling rule. As stated in the FDA’s FAQ on Gluten Free Food Labeling Final Rule article,

Can a food be labeled gluten-free if it is made with small amounts of a gluten-containing grain or ingredients derived from such grains that were not processed to remove gluten, if the food contains less than 20 ppm gluten?

No. A food labeled gluten-free cannot be intentionally made with any amount of a gluten-containing grain (wheat, rye, barley, or their crossbred hybrids like triticale) or an ingredient derived from such grain that was not processed to remove gluten. The goal of manufacturing any food labeled gluten-free should be for the food to not contain any gluten or to contain the lowest amount possible that is less than 20 ppm gluten. One goal of FDA’s regulatory definition of the term “gluten-free” is to limit consumer confusion when reading ingredient lists of foods labeled gluten-free.

How Soon Will We Find Gluten Free Wheat Flour on Our Store Shelves?

Currently, MycoTechnology is acquiring Series A Round funding.

Read the full story on the Munchies website. [page no longer found]

What Is The Kansas Wheat Commission Research About?

The Kansas Wheat Commission is investing $200,000 over a two-year period in the initial research of the creating gluten free wheat. The first two years will only cover the research which will discover everything in the DNA of wheat that triggers an auto-immune reaction in people with celiac disease.

What Do the Expert Think About This?

Armin Alaedini, assistant professor of medical sciences at Columbia University and a researcher at their New York Celiac Disease Center disagrees. Alaedini feels that the method of trying to identify all of the toxic sequences in wheat that trigger a reaction in those with celiac disease is “too simplistic an approach”.