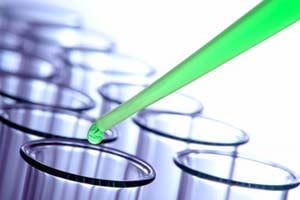 The gluten free diet is more than just a popular trend. Those with celiac disease or gluten-intolerance often experience side effects to minute portions of gluten, a protein found in wheat, rye, barley, and most oats. It is estimated that 1 in 133 Americans have celiac disease, alone. Unfortunately, most are not aware they have it. Band together, the celiac and gluten free community demanded gluten free labeling laws. While the FDA does not create laws, they do establish rules. Finally, after 8 years, the FDA has forwarded their finalized ruling. In 2004, the FDA was ordered to create a proposal for gluten free labeling within 2 years. Not until 2007 did they proposed an allowance of less than 20 ppm (parts per million) gluten in products labeled gluten free.

A project was launched in May 2011 to impact the finalizing of the FDA’s proposal for unified gluten free labeling laws. Jules Shepard and John Forberger organized the Gluten Free Labeling Summit held in Washington D.C., during National Celiac Disease Awareness Month. The purpose of the summit was to grab the attention of the FDA and Congress, as they had left those on the gluten free diet for medical reasons waiting far too long.

Their efforts resulted in Senators Ron Leahy (D-VT) and Ron Wyden (D-OR) writing a letter to the FDA, demanding an answer on why this issue had not progressed. Because there are a number of organizations that certify a product as gluten free, with varied qualifications, this causes much confusion for the consumer. The Celiac Sprue Association (CSA) certifies products that are under 5 ppm; Gluten Free Certification Organization (GFCO) certifies under 10 ppm; the National Foundation for Celiac Awareness (NFCA), along with Quality Assurance International (QAI) certifies under 10 ppm; and the International Certification Services, Inc. certifies under 10 ppm.

In August 2011, in answer to all of the demands, the FDA not only reopened the docket on gluten free labeling, but opened up the communication line, as well. They opened the docket for comments with a deadline of October 3, 2011. Those invited to comment or make suggestions included those who had celiac disease, consumers in general, members of the food industry, state governments, local governments, and anyone else who had an interest in the matter. One of the main concerns at that time was if this would burden manufacturers, financially, during a struggling economy.

Once the comments were closed, the FDA was provided a new deadline. They were to have the rules finalized by the end of 2012. This year the matter was escalated, having an estimated $100 million or more benefit on the economy. The rule has been finalized and was submitted last month to the White House’ Office of Information and Regulatory Affairs (OIRA) for final enactment.

The finalized rule defines a gluten free product as being free from wheat, rye, barley, or any hybrid of these grains; ingredients such as wheat flour that has not been processed to remove gluten; or any item exceeding 20 ppm gluten.1 Though many individuals with a gluten intolerance are also intolerant to oats, (often containing high amounts of wheat from nearby wheat fields), even gluten free oats, they are not included in the definition of gluten in the new ruling.

When can we expect the enactment to take place? Because the Office of Information and Regulatory Affairs is already over 90 days behind on 84 of the 143 pending rules1, it is currently unknown when the they will approve or disapprove the final ruling.