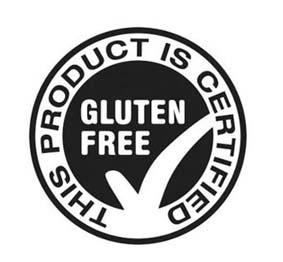 There are several organizations that provide a gluten-free certification program in order for manufacturers to affix gluten-free labels on their products. However, there is a new kid on the block in the U.S.! The National Foundation for Celiac Awareness (NFCA), along with Quality Assurance International (QAI), have launched a new gluten-free certification program, requiring less than 10 ppm (parts per million) gluten. The FDA’s proposed amount has been 20 ppm.

Ad
[showmyads]
Why test for gluten?

Gluten is often found in products that do not contain any gluten ingredients. How does this happen? The answer is cross-contamination of gluten. By various means, gluten gets inside gluten-free products, whether it be because a manufacturing facility also processes gluten products, trucks transporting ingredients are not cleaned well, or crops are contaminated through the wind blowing dust and glutenous seeds into gluten-free fields.

The new certification program includes using feedback from consumers, manufacturers and retailers. Their process includes a review of the product, onsite inspection, testing for less than 10ppm gluten, random product testing and other procedures to follow.

Founded in 1944, the National Foundation for Celiac Awareness is a non-profit organization which brings awareness of celiac disease and so much more to our society. They are affiliated with researchers around the world and support researchers and organizations to help bring solutions to those who have celiac disease.

You will find the steps to having your product certified by QAI on their Steps to Gluten-Free Certification Process page.

As stated earlier, there are other certification programs including Celiac Sprue Association who certify gluten-free products that test for less than 5 ppm; and GIG (Gluten Intolerance of North America) has a program called the Gluten-Free Certification Organization (GFCO) testing at 10ppm.

Read the full Press Release about the new gluten-free certification by QAI and NFCA at http://www.prweb.com/releases/2011/6/prweb8568455.htm.