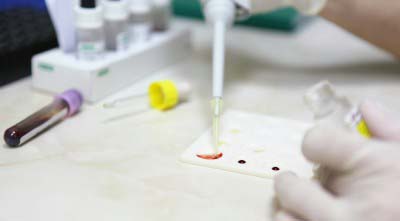 There are multiple reasons why celiac disease goes undiagnosed. Not being tested is a just one of them, though, more and more doctors are becoming educated to its prevalence in the U.S. Another reason is that people just don’t see their doctor for their symptoms. Yet, those being tested are still often missed. Why? Per a new study, the newly discovered reason is that even though the American Gastroenterological Association (AGA) requested in 2006 that when performing a duodenal biopsy at least 4 specimens should be taken to submit for testing, this does not always occur.

Ad
[showmyads]
In addition to the 4 specimens, it was recommended that “…specimens should be sufficient sizes, carefully oriented and mounted villous side up.”

When 4 or more specimens were submitted the diagnosis of celiac disease increased from 0.7% to 1.8%.

In previous studies, it was revealed that taking 4-6 specimens from different areas of the duodenum (small intestines) increased the accuracy of diagnosing celiac disease.

David A. Johnson, MD, professor of medicine and chief of gastroenterology at Eastern Virginia School of Medicine, in Norfolk explained that for the most accurate test results, in addition to taking 4-6 specimens, the specimens should be taken from the second and third parts of the duodenum and its bulb. This will increase diagnosis of celiac disease.

Approximately 95% of Americans with celiac disease go undiagnosed. Spread the word by sharing this article. If you’ll be receiving a duodenal biopsy soon, talk to your doctor to ensure that the technician follows the guidelines above.

Read the full article at Celiac Being Missed [Article removed]