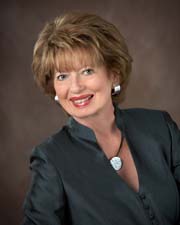 Most of us can benefit from a good soaking now and then. This is also true of food. When you fire up the grill this summer, think about soaking your meat in a marinade––a seasoned liquid that enhances flavor and texture.

Now, don’t think this is some exotic way of cooking. Many of our most popular foods are marinated. For example, Mexican fajitas, Indian dishes such as Tandoori, or dishes with an Asian flavor such as Teriyaki all require marinades to bring out their unique flavors.

Unfortunately, people on gluten-free diets sometimes avoid marinated meat in restaurants because they don’t know what’s in the marinade—such as wheat-based soy sauce.

With a little advance planning––marinades require from as little as 30 minutes to several hours––you can safely enjoy the benefits of marinades in your own backyard this summer.
Why Use a Marinade?

Most marinades have an acidic base that actually tenderizes the meat. It does this by unwinding the proteins that can make meat tough. Anything that is acidic can be used as a marinade. Lemon juice, vinegar, buttermilk, yogurt, and wine––even salad vinaigrettes––are good examples.

The beauty of marinades is that they can tenderize tough cuts of beef such as flank steak or skirt steak, thus allowing you to eat less expensive meat. For example, the meat in fajitas is rarely an expensive cut but is usually marinated to tenderize it.

For more delicate meats such as fish or chicken, slightly milder marinades work best. And, be sure to follow the recipe directions for length of time. I’ve accidentally marinated chicken for too long and the end result was mushy chicken!

Marinades impart flavor by penetrating the meat’s fibers, causing it to absorb whatever flavors are in the marinade.

When it comes to flavor, marinades allow lots of creativity. Sometimes when I’m in a rush, I just marinate salmon or other fish in whatever salad vinaigrette I happen to have on hand in the refrigerator. It adds a little flavor and the oil helps prevent the salmon from sticking to the grates on the grill.

Other times, when I’ve planned ahead better, I use a mixture of 2 tablespoons each of gluten-free soy sauce, maple syrup, and oil––accented by a half teaspoon each of Dijon mustard and dried dill weed. Marinate for 30 minutes and you have a fabulous dish.
Tips for Marvelous Marinades

[1] Never use a marinade as a sauce without boiling it for several minutes to kill bacteria picked up from the raw meat.

[2] Extra-virgin olive oil helps the marinade penetrate the meat deeper and faster than other oils.

[3] Use only glass, stainless steel, or food-grade plastic as a marinating container so that the container will not react with the acid. Don’t use ceramic or aluminum containers.

[5] For safety, refrigerate food while it marinates.

[7] If your marinade is cooked first, cool it before adding the meat.

You may also be interested in some of Carol’s other articles and recipes:

Listen to an archived interview with Carla and Carol at Gluten-Free Cooking and Baking.