When I first began reading this article. My first thought was, “Not another thing associated with celiac and gluten!” As I read further, I began to see to possible connection with more than celiac disease, but with any type of gluten sensitivity or gluten intolerance. This article covers a study which shows actual brain damage in those with celiac disease and the common and more serious celiac disease neurological symptoms, including brain damage. Read on to learn from Dr. Vikki Petersen. 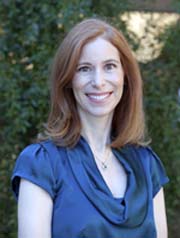 Is Gluten Damaging your Brain?

Do you get headaches? Have you ever gotten one as a result of gluten contamination or ‘cheating’?

Have you had balance or dizziness problems, sometimes known as ataxia? How about numbness, tingling or other sensation type issues?

For you, are any of these known side effects to gluten exposure – meaning that you experience them when you come into contact with gluten?

If you or someone you know falls into this category whereby gluten affects you neurologically, read on.

A study out of the Journal of Neurology, Neurosurgery and Psychiatry last August 2012 revealed that a group of celiacs who were referred to see a neurologist, had significant brain damage.

This group of individuals, average age forty four, when compared to a control group had significantly greater damage to their brains. Since the researchers found damage to both the white matter and grey matter, I thought we should define each.

One of the researchers, Dr Hadjivassiliou from the University of Sheffield in the UK, is renowned for his work in the area of celiac disease and gluten sensitivity.

The goal of the research was to determine the extent of brain abnormalities in celiac patients.

While it’s certainly not news that gluten can cause brain and nervous system symptoms, the extent to which this study showed significant damage to the white matter of the brain is certainly worth sharing with the general public who suffer from these symptoms, and the neurologists from whom they seek advice.

The study consisted of 33 diagnosed celiac patients, whose condition was confirmed by biopsy. Each patient was compared to a control group and differences in brain volume and chemistry were evaluated.

The study revealed that celiac patients had diminished cerebellum volume (the part of the brain that coordinates and regulates muscle activity) plus multiple regions of decreased grey matter density.

While we have long known of the nervous system irritation created by gluten, did anyone for an instant consider that their gluten ingestion could be creating permanent brain damage? That they could be compromising the size and function of their brain? Not likely. But this study reveals that such an outcome is indeed possible.

If you or anyone you know suffers from headaches, imbalance problems, sensory problems or any sort of nervous system imbalance, including seizures and depression, a thorough work-up for gluten sensitivity is an excellent idea.

If you are currently the patient of a neurologist, please share this information with them. Increasing the awareness of your neurologist on this topic will likely benefit many of his or her patients who are gluten intolerant and are unaware of it.

Share this with your family doctor who likely treats many, many patients with complaints of headaches. The likelihood is that a percentage of them are gluten intolerant and potentially suffering from brain damage as a result. You would be doing a humanitarian service to enlighten your doctor to something that he or she has likely not considered.

I hope you found this helpful. Please contact me should you have any questions or comments. Our destination clinic treats patients from across the country and internationally. We would be delighted to offer you or someone you care for a free health analysis – call 408-733-0400.

To your good health,

Dr Vikki Petersen, DC, CCN
Founder of HealthNOW Medical Center
Co-author of “The Gluten Effect”
Author of the e-Book: “Gluten Sensitivity – What you don’t know may be killing you!”