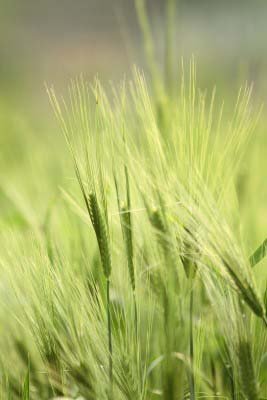 In a Living Without Magazine interview, Alessio Fasano, MD, Medical Director for University of Maryland School of Medicine’s Center for Celiac Research, speaks out about gluten sensitivity and celiac disease. I share my own gluten-free story, as well.

Dr. Fasano describes that our glutenous crops used to be less glutenous. However, over the years, we wanted more elasticity in our flours, therefore, they were manipulated in such a way as to produce additional gluten. In addition, instead of harvesting our crops just once a year, now we harvest them more. He attributes such changes to the increase in the number of individuals with celiac disease and other autoimmune diseases.

In addition, he mentioned that he believes gluten is the culprit for some autistic and schizophrenic behaviors. It is now known that gluten can cause short-term memory loss, neurological issues, fatigue, skin rashes, migraines, mood swings and depression (not all are listed by Dr. Fasano). In regards to to autism and schizophrenia Dr. Fasano suggests trying the gluten-free diet and go from there.

Dr. Fasano is amazed that people are now being diagnosed with celiac disease late in life, as old as 70. His hope is to figure out what these people did to hold off celiac disease for so long. He explains that once this questions is answered a door opens up for prevention. I would be more interested in finding out what changed to cause it to occur. Stress, perhaps?

Evidence that gluten is bad for you

In 2005 I was tested for gluten intolerance/celiac disease. The tests turned out in the high normal range. My viewpoint on these tests are that they show a gradient scale of damage. There are no normal or abnormal, but show signs of highs and lows. I read that a high normal may show the early stages of a gluten sensitivity or celiac disease. I am not alone in this viewpoint. Dr. Vikki Petersen, author of The Gluten Effect owner of HealthNOW Medical Center (where I was diagnosed with Hashimoto’s) agrees.

HealthNOW Medical suggested that I go on a gluten-free diet to address my, then, symptoms: high blood pressure, high heart rate, nervousness, high cholesterol, hair loss, sleeplessness, dry skin, diarrhea and more. I did so, without any symptom relief. Silly me! I cheated on occasion! I had no idea of the importance of maintaining a strict gluten-free diet then.

Shortly thereafter, it was discovered that I had hyperthyroidism, with extremely high Graves and Hashimoto’s antibodies (thyroid now completely handled). HealthNOW Medical Center never gave up, though after 2 1/2 years of other doctors doing so. After my diagnosis I quit my gluten-free diet, thinking everything was solved. Big mistake, huge!

I recently learned that Hashimoto’s and Graves is gluten related (more research to do on that soon).

Four years passed, and who knows how high my gluten sensitivity blood levels went during that time!

In the fall of 2009 I suddenly was stricken with unexplained nerve pain. Injury? I thought so, but no evidence of such. Yet again, most doctors gave up trying to figure it out. I went back on the gluten-free diet because I heard it may help with chronic pain and was willing to try anything! And it helped! I still have some nerve pain, but is much better now!

Just recentlyy, my new MD decided that because the gluten-free diet had handled some of my nerve pain (as long as I wasn’t cheating) that it was possible that I had celiac disease. She wouldn’t listen to me when I tried to explain that it would not come out positive because of my long term gluten-free diet (well known in the gluten-free and celiac community). She insisted on me taking the test because she took for granted that I was ingesting some amount of gluten, most likely from cross-contamination. I grew tired of convincing her and took the test, mostly because I was interested in what the levels would be compared to what they were in 2005.

Well, the tests are in, and both IGA (antibodies) and TTG (enzyme) (not the best test combination – more on that another time), turned out normal, just as I suspected. However, the test results were in the low normal range this time. So, you see, consuming gluten may activate antibodies in your gut. No gluten – no activation of antibodies (or very little).

Besides the bout of digestive trouble I had in 2005, I haven’t had any ince and just assumed I didn’t have celiac disease, but perhaps a sensitivity, at best. (Now I understand you can be asymptomatic (no symptoms) and still have celiac disease.) However, ever since the the nerve pain began I had either abdominal distension or bloating. With Dr. Fasano’s explanation, it all makes total sense now. Gluten is bad!

Besides gluten, what can activate the celiac gene?

If you know anything about autoimmune disease, you already understand that antibodies attack the body in response to what it thinks is an enemy. Usually it attacks something that is not the enemy, such as tissue, an organ, etc. In gluten intolerance or celiac disease the vilia (finger-like / hair-like folicles in the intestinal tract) and the intestinal tract itself are damaged. However, it appears that if our bodies cannot digest gluten properly, in a sense, it is attacking correctly, a digestive tract laden with gluten. Gluten is the enemy!

Therefore, if you know someone who is having any symptoms that cannot be helped with anything else, you may suggest a gluten-free diet. Of course, have them check with your doctor, as any change in diet should be approved by a medical specialist to ensure their particular body gets what it needs.

Stay tuned in for my article on a new, more sensitive gluten intolerance / sensitivity test.

Celiac Vaccine Slated for 2017
Celiac Disease News: A Vaccine is in Phase I trials
Is Gluten Sensitivity Real?

One Reply to “Is Gluten Bad for Everyone?”