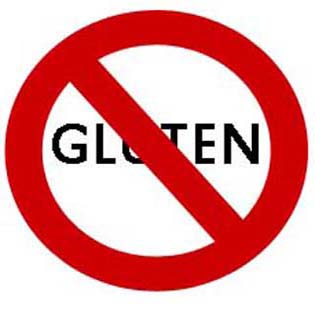 November is not only National Gluten-free Diet Awareness Month, but a special day is marked for the Celiac Disease Foundation.

Join them in raising awareness by sharing this article with others. Gluten is a protein found in wheat, barley, rye and most oats.  It basically binds starches together.

Why do people go on a Gluten-free Diet?

A gluten-free diet is the only way those diagnosed with celiac disease, an antoimmune disease, can receive relief from their gastrointestinal symptoms.  Though the disease carries many more symptoms than gastro difficulties.  There are hundreds of symptoms which can manifest due to the disease.  Yet a few do not have any symptoms at all.

Celiac Disease is broadly under-diagnosed.  The multiple symptoms cross so many other conditions and can be misdiagnosed easily.

When one eats gluten and feels bloated, has a headache, becomes dizzy or worse, you know there is a problem.  You may have a gluten sensitivity or you may have celiac disease.  Either way, one should see a medical professional and get tested.  There are home tests, available for gluten sensitivity and more.

What other conditions are helped by a gluten-free diet?

If you have a sensitivity to gluten, and about 40% of the population does the list below may show conditions you currently have. Less well known conditions for which many people follow a gluten-free diet include, but are not limited to:

Gluten is often used as an inexpensive filler or thickening agent in many food products.  It’s worth is not highly regarded.  A matter of fact, it is stated by many gluten specialists that once one is off of gluten, the body has a chance to heal.

Of course, you should consult a medical doctor prior to starting any new diet.