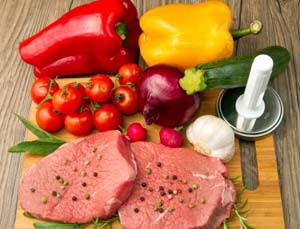 In those with celiac disease, gluten (wheat, barley, rye, and most oats) triggers an autoimmune reaction and destroys the small intestine.  This may prevent the absorption of nutrients. The symptoms can range from serious digestive issues to malnutrition. Additional conditions such as diabetes, dermatitis herpetiformis, and others are not uncommon. Though rare, non-responsive celiac disease (NRCD) or refactory celiac disease (RCD) may develop.

Ad
[showmyads]
What is Celiac Disease?

Non-responsive celiac disease (NRCD) is when someone with diagnosed celiac disease does do not heal on the gluten free diet. Some patients have a more serious form of RCD known as refactory celiac disease (RCD). “Refactory” means stubborn or unmanageable. RCD is treated with immunosuppressive drugs which literally suppress the immune system. The most common side effect of these drugs is immunodeficiency. This results in the immune system not being able to do it’s job to fight infections and disease. Patients with RCD either have never responded to the gluten-free diet, or did initially, but then relapsed. This must last for a minimum of 1 year. However, if you do not experience relief with the gluten free diet within 6 months, it is definitely time to speak your doctor. They will order another biopsy. If the lining of the gut does not show improvement, RCD will be the first thing they will suspect. However, prior to diagnosing they ensure the person is not consuming gluten, whether intentionally or not. Much more news about this later in this article.

There are two types of RCD, Type I and Type 2. Depending on what is found in the small intenstine upon biopsy determines which one you have. RCD2 is the most serious and may result in a higher risk of complications, cancer of the gut, and mortality rates.

No estimates are made on how many people may have RCD1, but it is estimated that 2 – 5% of those with celiac disease have RCD2. In the United Kingdom, the typical age of those diagnosed are over 5o years old, though some are as young as 30. A United States study shows ages range from 6 – 73.

While researching this subject, I ran across a new article by Dr. Vikki Petersen on this very subject. She explains that Dr. Alessio Fasano, a well known researcher in the field of celiac disease and gluten sensitivity, and four other doctors published an article recently in the BioMed Central (BMC) Gastroenterology on a celiac disease study. Since I still didn’t understand the condition well enough I went to the source of her article for additional information.

They placed RCD patients on a gluten contamination elimination diet (GCED). The diet consists of a gluten-free and dairy-free diet of fresh meat (not cured or processed), poultry, fish, fresh fruit, fresh vegetables; herbs, vinegar, oil, honey, white and brown rice. The patients stayed on the diet for three to six months. The only beverages allowed were water, Ensure (Boost is also gluten-free), Gatorade, and pure fruit juice. Plain dairy products were introduced after three weeks.

Important Note: The reason why only rice grains were allowed was because after they tested several other gluten free grains, flours and seeds, 32% of the time they were over 20 parts per million (ppm) gluten. Twenty ppm is the acceptable amount usually tolerated by most celiac patients. However, there are a small number who react to smaller amounts.

The average age of the 17 patients who completed the diet was 42, though the ages ranged from 6 – 73. Six of the patients had been diagnosed with RCD1. Fourteen (82%) responded well to the diet. Of the 14, 11 (79%) successfully returned to a normal gluten free diet without any recurrence of RCD. Two others are currently on the GFCD, one of which has decided to stay on the diet permanently, and one other was not available for follow-up. Five of the six RCD patients no longer met the criteria for RCD.

While the condition of RCD is rare, if you have gluten intolerance, it is extremely important to test the gluten free products you purchase ever so often, especially if you are experiencing symptoms. Or perhaps you can test new products that you introduce into your diet. While there may be other reasons for your symptoms, if you test the products you’ll have peace of mind. Home test kits are available such as EZ Gluten [website no longer exists]. Better yet, try a grain-free diet.

Meanwhile the FDA’s final ruling on gluten free labeling is sitting in the White House’  Office of Information and Regulatory Affairs (OIRA) for final enactment. I cannot wait to read what it says! Hopefully there will be repercussions for those manufacturers who do not meet the requirements of 20 ppm.