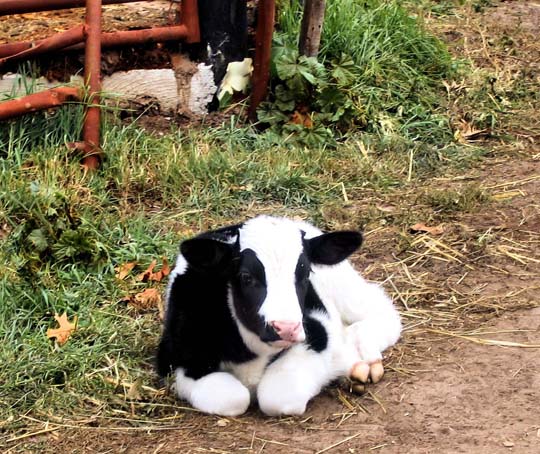 Gluten-free dieters and everyone else should learn the truth about milk.  I have had the desire to write about the subject of milk for some time now.  I have received emails suggesting drinking camel’s milk, asking why soy milk is bad for us, and most recently, why so many gluten-free recipes call for almond milk, coconut milk or other milk substitute rather than just plain old lactose-free milk.  I cover many milk and milk substitutes below and what you should know them. Nowadays cow’s milk is filled with growth hormones, antibiotics, pesticides, chemicals, drugs and even cow’s blood (cells).  This is all allowed by the FDA in limited amounts. Back in the 1950s cows produced much less milk.  Now they produce up to 50 times that amount.  This is due to how they are raised and the toxins with which they are injected.

You might think, “Why not drink organic and avoid all of this?”  Organic usually means the cows were allowed to graze on pastures, but may not be free of antibiotics and hormones.  If a label states it is free of antibiotics and hormones you still have to consider the above listed items under cow’s milk.  Organic milk is also known to increase brain disease such as Alhemizer’s.  Again, consider whether our bodies are really designed to digests another mammal’s milk.

Another concern is that organic milks are not regulated.  The controversy is over the fact that consumers are not being protected from the bacteria in the organic milk.  Whether milk is organic or not is of concern.

Why do so many people lactose intolerant?  This is covered above in describing how the chemicals affect our bodies.  Can you imagine what growth hormones alone can do to a body that is fully grown or what it can do to a developing child?

If the goat has been given the same chemicals as cows have been given then it is of the same concern as cow’s milk.  In addition, you must consider the fact that you are still drinking another mammal’s milk and will again be consuming their cells.

Soy milk is another one to watch out for.  Soy contains natural chemicals that resemble estrogen.  Men are often warned not to drink it because of this, but it is just as dangerous to drink for women and especially children.  Many menopausal women are requested to increase soy in their diets, but did you know that soy is usually GMO?  GMO stands for genetically modified organisms; GE, meaning genetically engineered; or GEO, genetically engineered organism.  This means they were man-made, not natural at all.  It is unknown what these altered foods can do to the human body, therefore, are suggested not healthy for consumption.  Soy also contains phytic acid which is known to prevent the absorption of minerals such as magnesium, calcium, iron and zinc.  All legumes contain phytic acid or phytates, but soy contains much higher levels.  This is why it is suggested to soak legumes overnight and rinse them a number of times before using.  Soy also blocks the absorption of enzymes that we need in our bodies.  Soy is also known to cause blood clots.

Almond milk is considered to be a safe alternative to milk, and contains healthy protein, but how much sugar does it contain?  A lot!  Fortunately, there are unsweetened almond milks.  An organic unsweetened version is your best bet. Though, you should check whether the almond milk contains soy or soy lecithin.  Just realize these milks are processed and may not be your healthiest alternative.  If you have celiac disease or are on a gluten-free diet be watchful for ingredients such as “natural flavors”, as they may contain gluten.  Always contact manufacturers for clarification.

Coconut milk is supposed to be good for us, too, but be sure to read those labels!  Coconut milk may contain preservatives.  These chemicals are not healthy for us either.  Making your own would be best, but time consuming and is quite a process.

Some rice milk brands may contain gluten. Rice Dream is certified gluten-free, meaning it contains less than 20ppm (parts per million).  Some have reported getting ill from it, though.  See my article, “Is Rice Dream Gluten-Free“.  Check your labels.  If you do not recognize an ingredient, research it and find out what it is or leave me a question below.  Gluten-free brands include Low-fat Rice Plain and Vanilla flavors by Pacific Natural Foods; and 365 (organic) vanilla rice milk .

Camel’s milk is the newest of the milk fads.  It is reported that camel’s milk contains high amounts of Vitamin C, much more anti-bacterial, anti-viral and anti-inflammatory properties than other milks and an insulin-like protein to aid in digestion.  But again, why drink another mammal’s milk and consume their cells?

Pacific Natural Foods now makes an Oat Non-Dairy Beverage.  It is not gluten-free.  One may think an oat beverage is gluten-free, but oat products are usually made from cross-contaminated oats.  They are usually grown in fields next to other glutenous crops and therefore are contaminated by the other crops.  Other possibilities of cross contamination are the facilities they are prepared in or the trucks that they are transported in.  See Pacific’s Allergy Information for details.

What should I drink then?!

Why not make your own milk from raw organic almonds, filtered water and organic dates?  If you like vanilla in your milk you can add fresh vanilla bean or organic vanilla extract.  It’s so yummy and easy to make!

Homemade hemp milk is another option, though less flavorful alone.  You can always add some dates to this recipe, as well.

Happy milk drinking and good health to you!