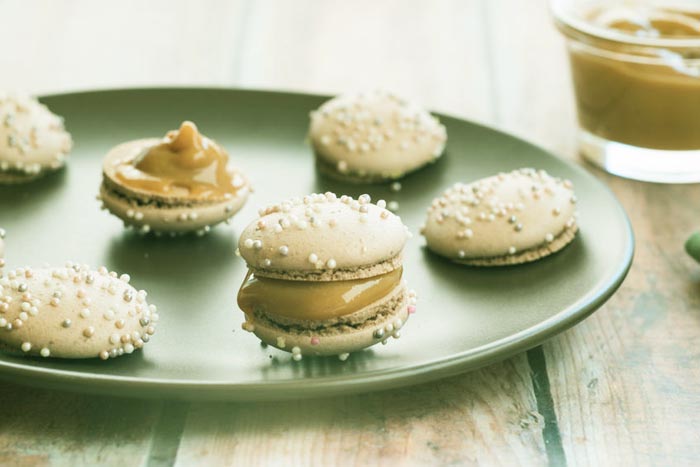 I keep hearing rave reviews about every homemade dulce de leche recipe (thickened, sweetened milk). I even read one review that stated, “the only thing I would trade chocolate for.” I knew I just had to make some. It’s much like a caramel sauce, but not as sweet and without the concern of barley malt sometimes found in caramel coloring. However, caramel coloring is usually made from corn. That’s another thing I like to avoid when at all possible, corn, and especially corn syrup which is sometimes called for in a dulce de leche recipe.

Having the need to use up some whole milk I had purchased for a guest whose visit was postponed, and having had some hardened brown sugar (easily softened using a microwave), I thought this was the best time to make dulce de leche. The twist to this recipe is the use of brown sugar instead of white sugar. It’s a twist on the Dominican version which calls for equal parts of brown sugar and milk and is made into a more caramel candy consistency.

Meanwhile, this gluten free dulce de leche was decadently delicious! Use it atop cakes or ice cream, in cheesecake, or as a dip for fruit, to name a few ideas. I used it to top off some sauteed bananas. It was so delicious!

Dulce de leche may be purchased in cans. I have confirmed Hershey’s to be gluten free. However, it contains artificial coloring and corn syrup. *Brown sugar may be either refined-free or less refined, depending upon the brand.

**If you are allergic to corn you may substitute the baking powder for 1/4 teaspoon baking soda, or use a corn-free baking powder. Hain Featherweight brand is corn-free.

Dulce de leche may also be made by using condensed milk (not evaporated milk), and will take less time to thicken, but it is at a higher cost.