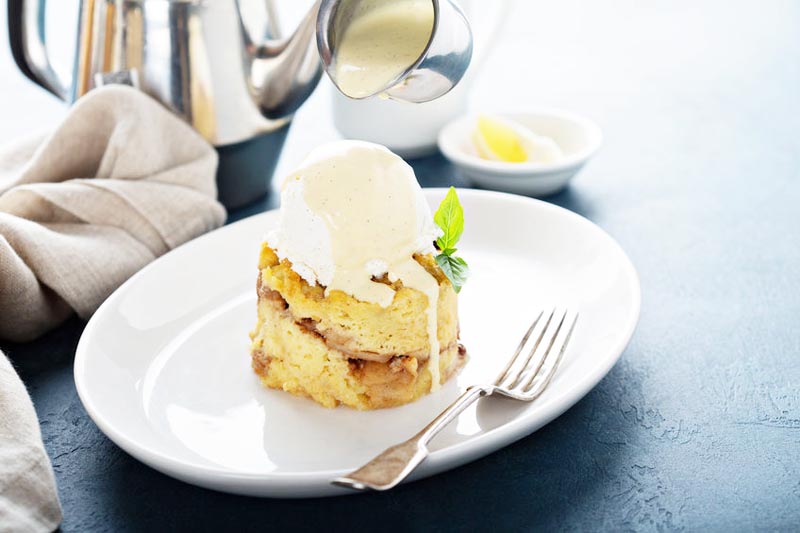 Without the use of bread, you can make this delicious gluten free eggnog apple bread pudding that bakes up in just 15 minutes. This recipe is holiday deliciousness you must experience. A unique bread pudding everyone will request year after year. Serve with ice cream for dessert or without for breakfast.

Variation: You can even add a little brandy to the eggnog that you pour on top.