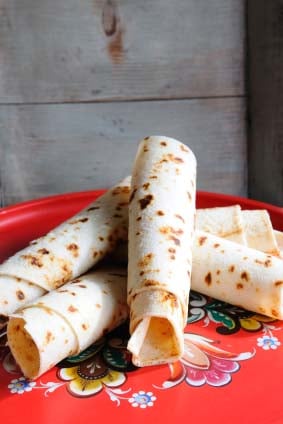 A gluten free lefse recipe using gluten free potato buds. Roll them thin and they will be soft enough to fold. The use of instant potatoes is a great solution if you do not own a potato ricer.

You may use an electric skillet instead of griddle, a frosting spatula wrapped in masking tape instead of lefse stick (be careful not touch the grill with it, though), and a clean child's knee-high sock with the foot cut off instead of a pie cover/sock. These are just some ideas in case you need them.