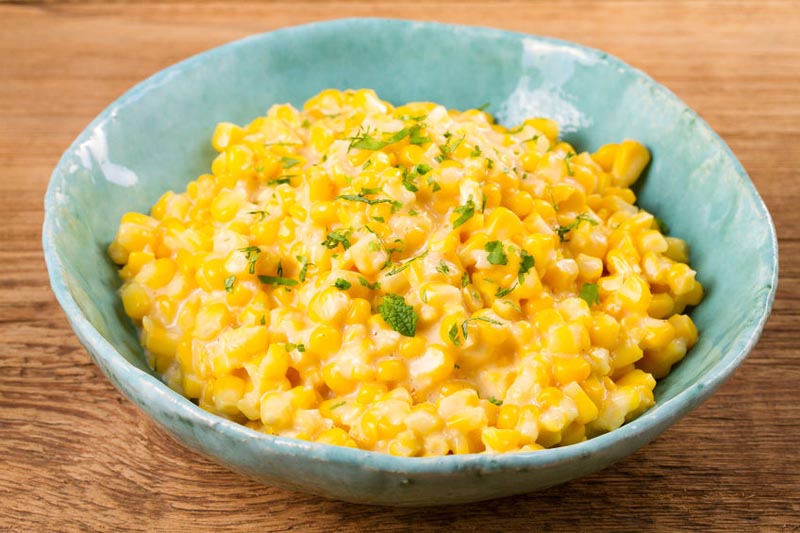 Popular in the Mid-West and South United States, creamed corn is a staple on menus. This southern-style gluten free creamed corn recipe is not only delicious but will convert many skeptics.

Many canned creamed corn brands are made without gluten, including Del Monte and Green Giant (both are thickened with modified starch). However, if you are highly gluten intolerant and avoid minute particles of gluten, make your own to avoid cross-contamination. It’s safer and tastes so much better!