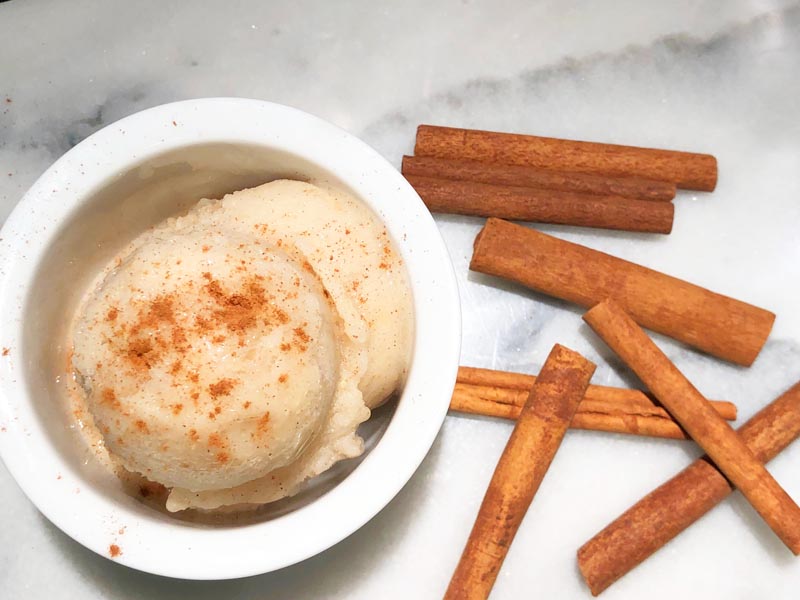 I recently had cinnamon ice cream in a restaurant in Carmel and ended up creating a Cinnamon Gelato Recipe. Now that I need to shed a few pounds I’m back to eating my favorite diet frozen dessert, Copycat Wink Frozen Desserts. This time I created a cinnamon bun frozen dessert flavor, better than the Wink brand! I also now provide you with a non-legume and complete protein versions that have a much better texture and flavor. Enjoy!

If you’ve seen or tried any of the previous flavors listed above, you’ll notice the substitution of sprouted brown rice protein powder in place of the pea protein. It made the texture creamier and the flavor much better. However, if you’re looking for a complete protein, use half (1/4 cup) of each. If you only have pea protein on hand, go ahead and use that as in the previous recipes.

*A complete protein provides you with all of the necessary amino acids a body needs.